Keeping Christ in Christmas: Why I need to remember the reason for the season

Morning Everyone! We hope you have had a lovely weekend and it wasn’t too busy. I am really grateful that we are able to promote Keeping Christ in Christmas as I’m so busy that I am forgetting myself. I was talking to my husband last night and saying how I was so busy either triple booked or events overlapping that it was impossible to attend many of these things. I complained that I didn’t even get a chance to stop and remember why we celebrate Christmas! So that proves that we really do need to keep Christ at the centre of Christmas as it’s easy to forget (even for a Christian) during the “silly season”. I vote we should rename it the “stressful season”! :)
Two of our members Jo-Anne and Jeanette have written a piece each on their perspective of keeping Christ in Christmas. I enjoyed these a great deal and I hope you will as well :) 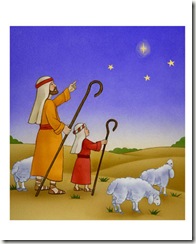 Josh and his father had been hard at work shepherding the sheep on their family farm north of Jerusalem.

As they wearily walked into the front room of their farmhouse, Josh called out

“Are you there Mother?”

“Coming,” she replied from the next room. “I just have to roll out the beds for the night, and I have prepared some food for supper…”

“How is my grandfather?” Josh asked her anxiously as she finally appeared at the doorway.

His mother’s face creased with worry.

“He’s no different to when you saw him this morning. I hope we will be able to share Passover with him one more time but that won’t be for several months and somehow I don’t think he will be with us by then,” she said sadly. “Before we break bread, could you take him some of this soup?” she asked ladling steaming lamb broth from an old clay pot warming on the fire.

“And don’t forget to take the lamp; we will have to bring him down soon.”

Josh nodded quietly, his heart felt heavy at the thought of losing his beloved grandfather. As he climbed the stairs leading to the coolness of the roof where Daniel lay, he asked God for strength and wisdom to say the right words.

His lamp shed a pool of soft light as he knelt beside the old man.

“Here, grandfather, I have bought you some of your favourite soup,” he spoke softly, afraid to startle Daniel who appeared to be sleeping.

“You’re a good boy Josh,” he said opening his eyes. “But first I must tell you about the angels.”

“Do you mean the ones you saw a long time ago when you were a little shepherd boy?” asked Josh. He had heard the story many times before but never tired of hearing how the angels appeared to his family so long ago.

“Yes, I will always remember the beautiful light and the sound of those angels singing glory to God,” said his grandfather. “And after they had told us about the Messiah being born, of course we had to go and find Him to worship Him.”

“We ran all the way to Bethlehem and found Him tucked away in a small cave at the back of that old inn near the Damascus Gate,” said Daniel. “His mother and father welcomed us. There was such a feeling of joy in the air!”

“Was He a beautiful baby?” asked Josh knowing that his grandfather was waiting for him to ask.

“Of course – the most perfect baby you will ever see. And He smiled at me,” said his grandfather in awe. “I have always carried the memory of His love in my heart and I know that soon I will see Him smile at me again.

On hearing these words, Josh felt comforted. He knew with relief that his grandfather would finally be at peace with his Lord and Saviour God’s dear son Jesus.

“Come on grandfather, time for your soup,” he said “It’s getting cold.” 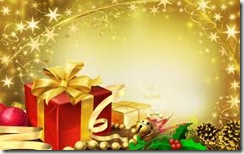